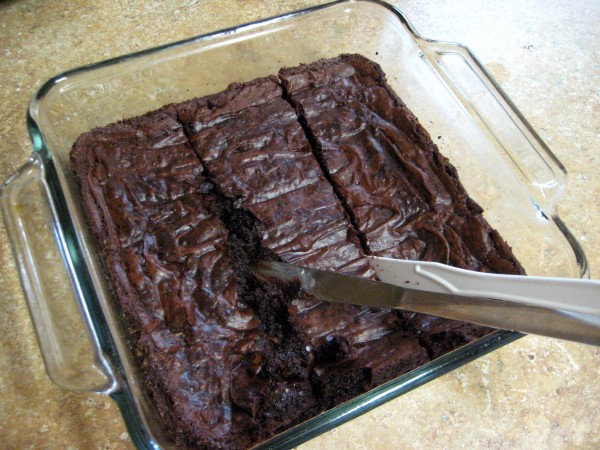 I love the smell of brownies baking in my oven.  It’s irresistible and fills the house with an amazing chocolate smell.  After they are baked it takes a long time to cool down and I’ve always had the problem of trying to cut them when they are warm, even a little warm.

A couple years ago I took brownies to a little friend get together.  They were still warm and so as I began cutting them  with a butter knife it became a crazy mess how much the brownies would stick to the knife as I cut it.  I was frustrated and my friend told me to use a plastic knife.  Interesting idea.  Well she handed me a plastic knife and it cleanly cut the brownies!

As you can see in my picture the drastic difference.  So that’s today’s tip!

Here is the recipe for these amazing brownies for you all!