Chocolate Chip Pancakes with Cinnamon Cream- The best chocolate chip pancakes ever! The perfect texture and so delicious! The cinnamon cream is heavenly! 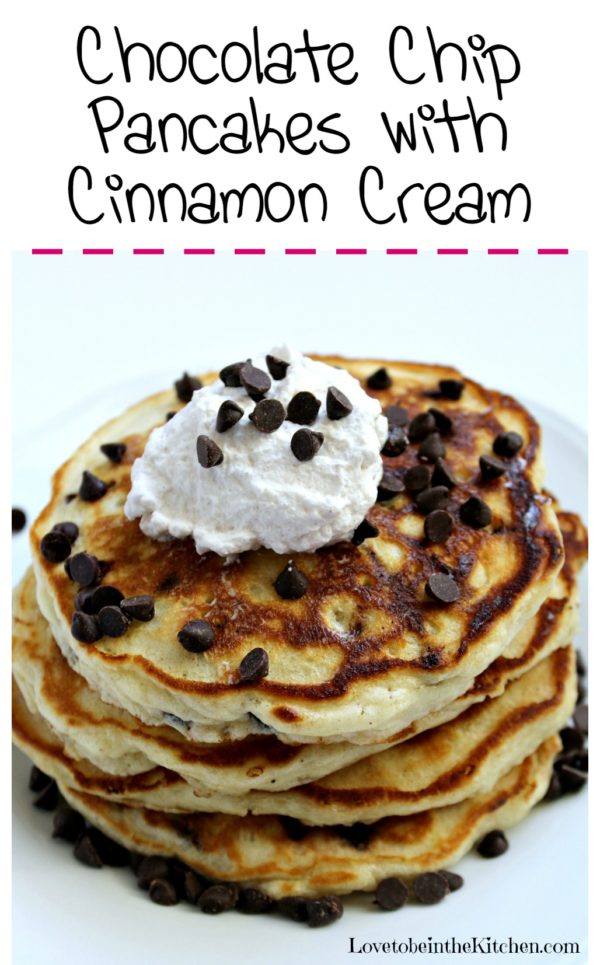 These are some of the best pancakes I’ve ever had! The texture is amazing! Light and fluffy but a very slight perfect amount of crispiness on the tops. I’m pretty picky when it comes to pancakes! I’ve learned over the past few years that plain pancakes are boring. I’ve made amazing pancakes using sweet potatoes and carrots and now chocolate chips!

This recipe is so good though you could make it without the chocolate chips and it’s still so amazing! The eggs are separated in this recipe and the egg whites are whipped up until fluffy so that’s one more reason these are SO good! It gives them the yummiest texture ever! This technique makes for the best pancakes with only a little extra effort. 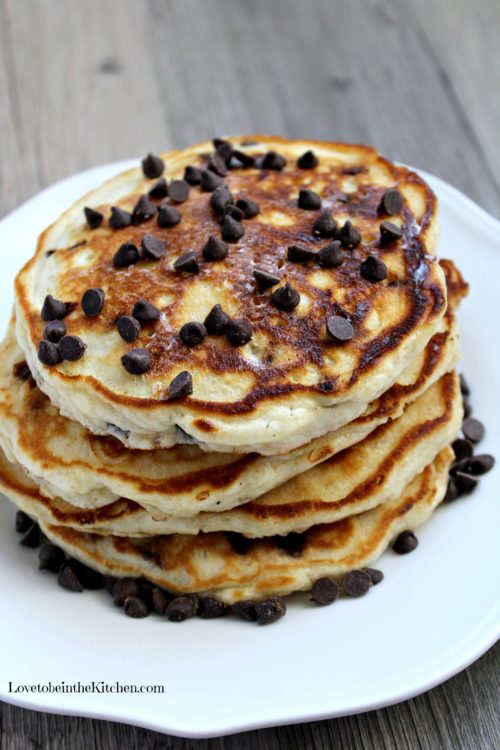 I’ve actually been making this recipe for about 5 years now and posted it on my blog back then but it was in need of new pictures!

I avoid overly sweet breakfast foods for breakfast but despite the chocolate chips and cinnamon cream these pancakes aren’t too sugary for me. Chocolate chip pancakes are the perfect fun breakfast or brunch food! My kids love it when I make these! 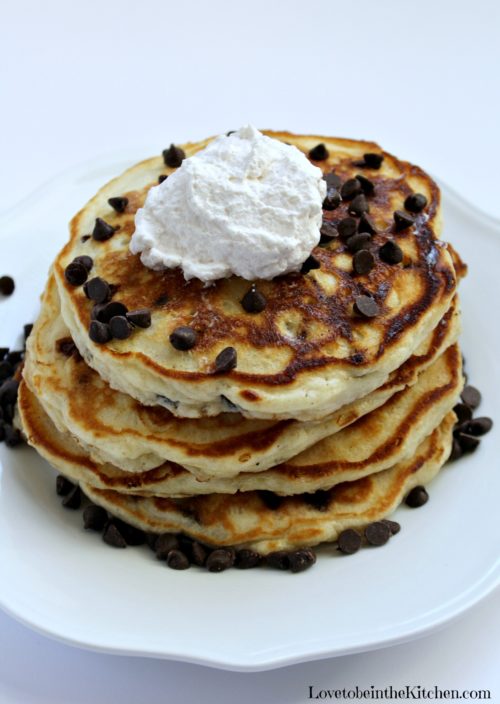 To take these already delicious pancakes one step further you can top it with the heavenly cinnamon cream! It’s super easy to make and so yummy! My little girl loved it so much she just wanted spoonfuls of it! haha I had some extra after I made it for these pancakes and had it with berries and it was so good! You could even use cool whip for the cream if you want to save on time. Occasionally if I don’t have the right ingredients for the cream I add a pinch of cinnamon to the pancake batter instead. Whatever works for you!