Coconut-Almond French Toast Casserole is a delicious easy overnight breakfast recipe. Thick sliced bread is soaked in a sweet milk/egg custard mixture, topped with a crunchy and sweet coconut-almond topping, and baked to golden perfection! This is a great recipe for a crowd or an easy morning breakfast. 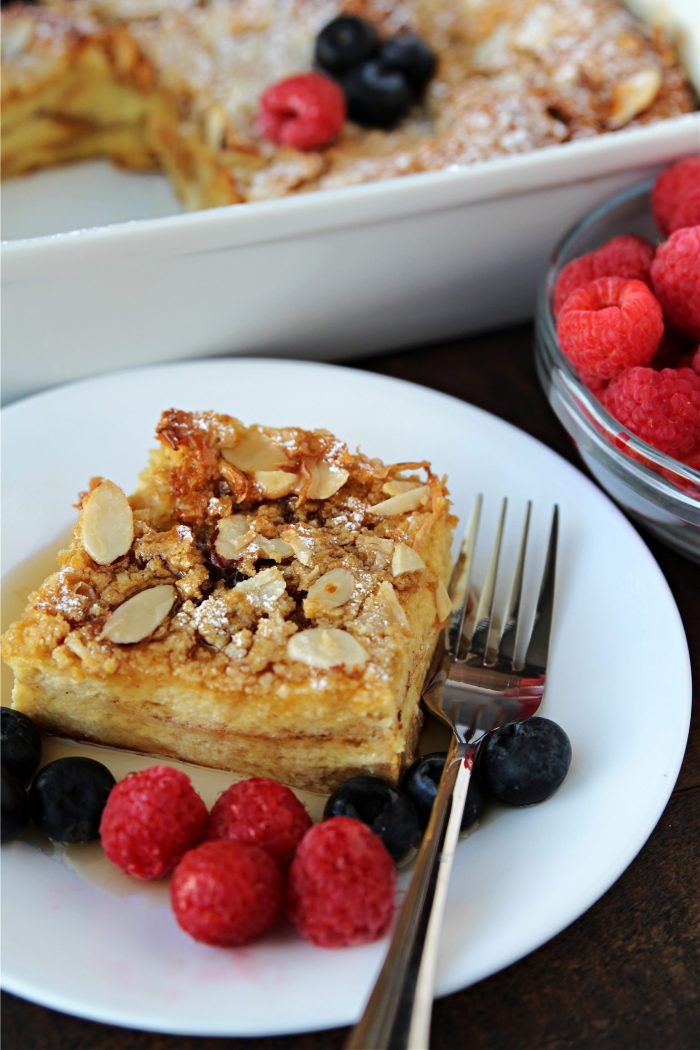 How much do you love breakfast? We are big fans in this house! But as much as I like breakfast I don’t love making breakfasts that take a long time to prepare. That’s just one of many reasons I love Overnight French Toast Casserole! You can prepare it the evening before then in the morning all you need to do is pop it in the oven! This recipe is even more special because of the addition of the tastiest coconut and almond topping that just makes this Coconut-Almond French Toast Casserole even more special. 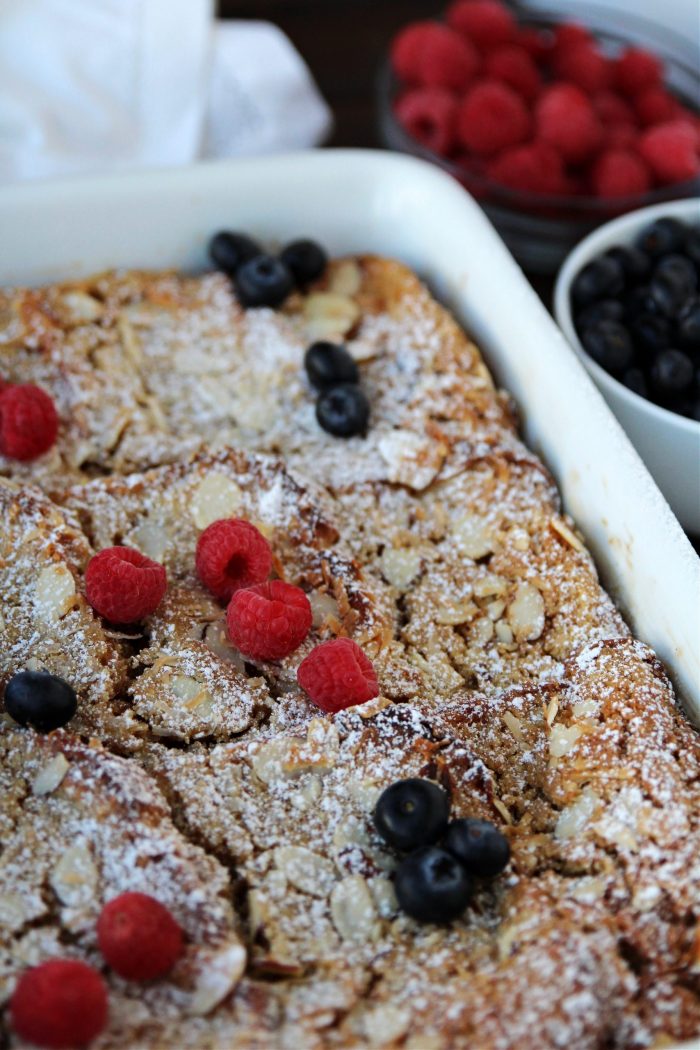 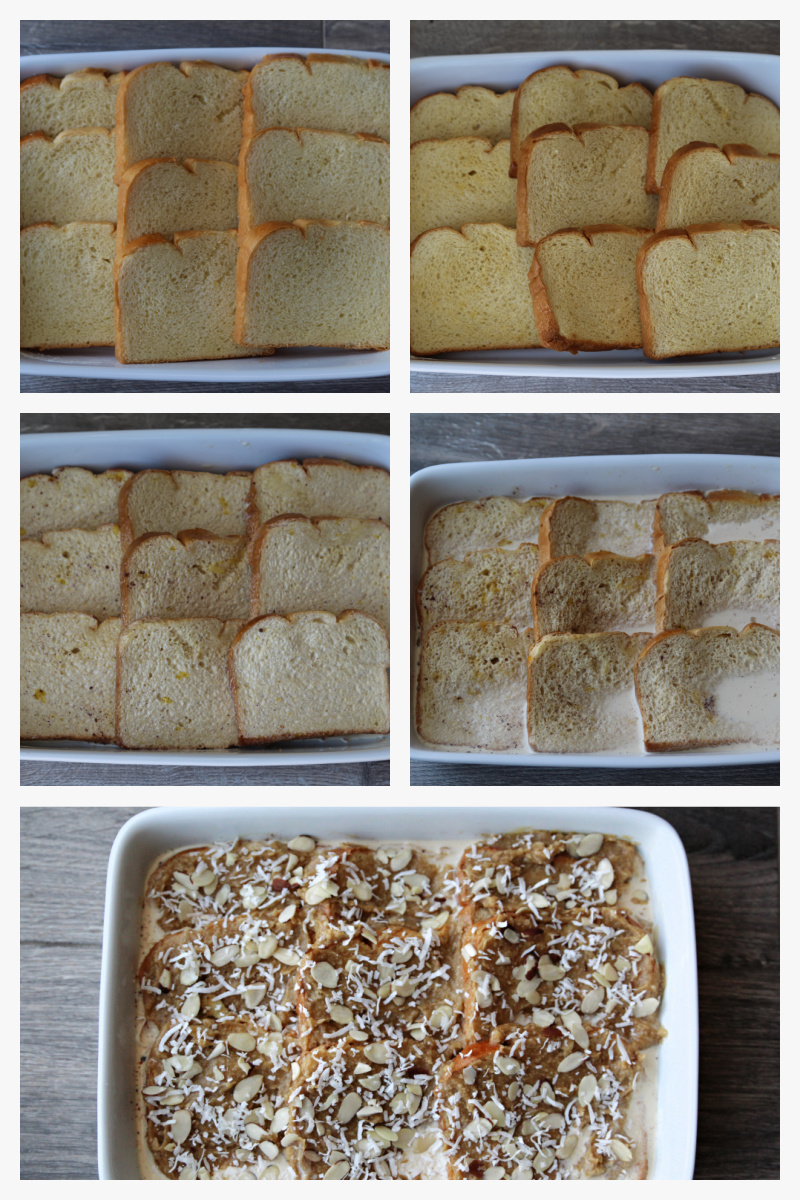 (Note, you’ll want to use bread a little thicker cut than the pictures above. I’ve made this a few times and it’s better with thicker cut bread.)

1- Toast the bread in the oven.

3- Dip the toasted bread in the mixture then pour what’s left in the casserole.

5- Make the coconut-almond crust by mixing together coconut and almonds that have been blended with butter, an egg, egg yolk, flour, brown sugar, and a pinch of salt.

6- Spread over the bread.

7- Bake until golden brown and enjoy! 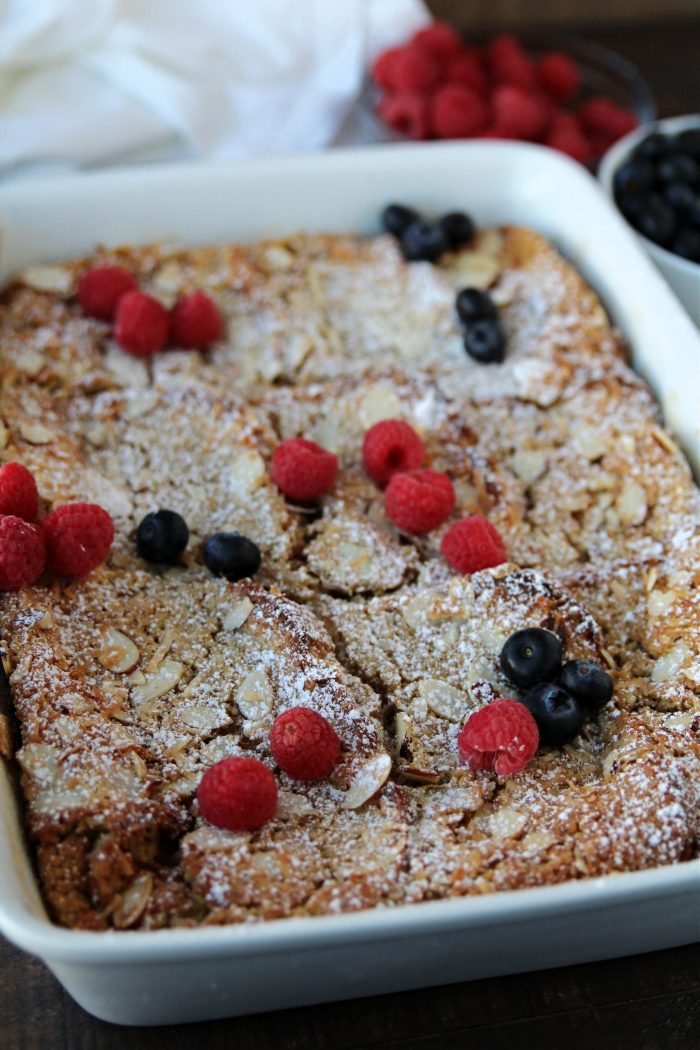 Which Bread is best for Coconut-Almond French Toast Casserole?

I spent a little too much time trying to figure out what type of bread is best. I think it really is a matter of preference. You mostly just want bread that is thick-sliced or that you can cut thickly. Next time I make this I am planning on using bread even a little more thick than the brioche you see in this post. 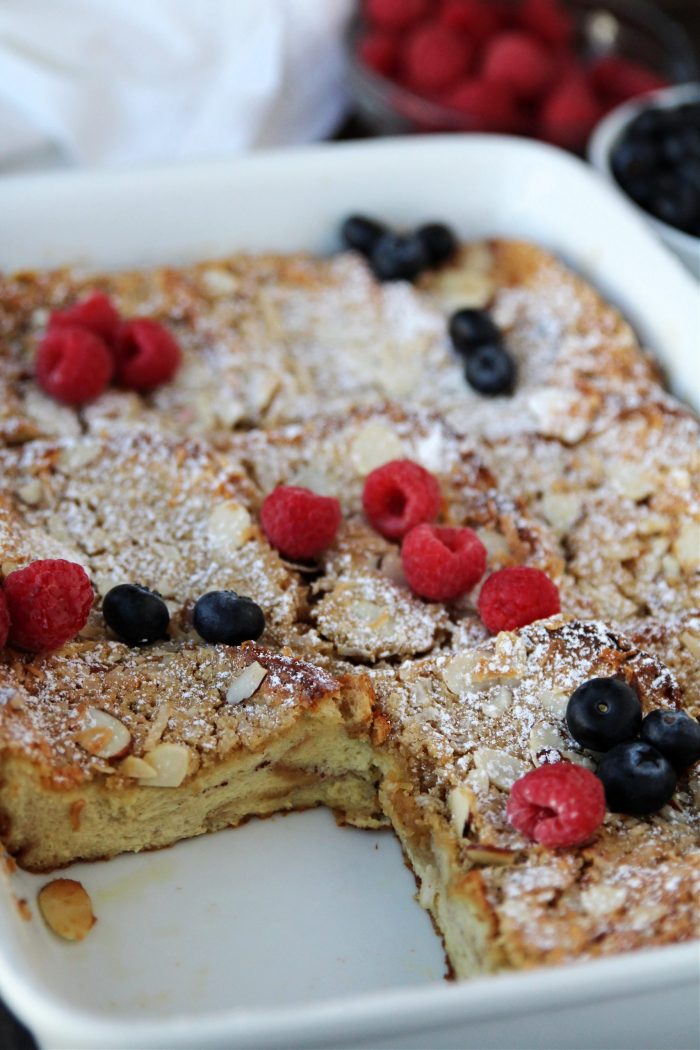 Looking for more breakfast recipes? Check these out:

For the French toast: Lay the bread slices in one layer, overlapping a little as needed, on a baking sheet. Bake the slices (to dry them out) for 6 minutes, then flip and bake for 6 minutes more. Set aside to cool.

Whisk together the eggs, half-and-half, granulated sugar, vanilla, cinnamon, and salt in a large bowl. Dip each bread slice in the egg mixture to coat and layer the slices in the buttered casserole dish. Pour the remaining egg mixture over the bread. (If a lot of the liquid remains, you can choose to add a little less if you'd like this recipe less like bread pudding.) Cover the dish with plastic wrap and refrigerate for at least 6 hours or overnight.

For the coconut-almond crust: Put 1/2 cup of the coconut, 1/3 cup of the almonds, granulated sugar, flour, and salt in a food processor or blender and mix until very fine. If using a food processor, add the butter, egg, and egg yolk and process well to form a smooth paste. If using a blender, transfer the coconut/almond mixture to a bowl and then add the butter, egg, and egg yolk. Stir until smooth.

To assemble the casserole: Preheat the oven to 350 degrees F. Spread the coconut-almond mixture evenly over the soaked bread slices. Top with the remaining 1/4 cup sliced almonds and 3 tablespoons coconut and bake until puffed and lightly golden and the custard is set (the center of the casserole will no longer jiggle when shaken), 45 to 50 minutes.

Allow to cool for 1 hour before serving, or serve at room
temperature. Serve with a sprinkling of powdered sugar and berries if desired. 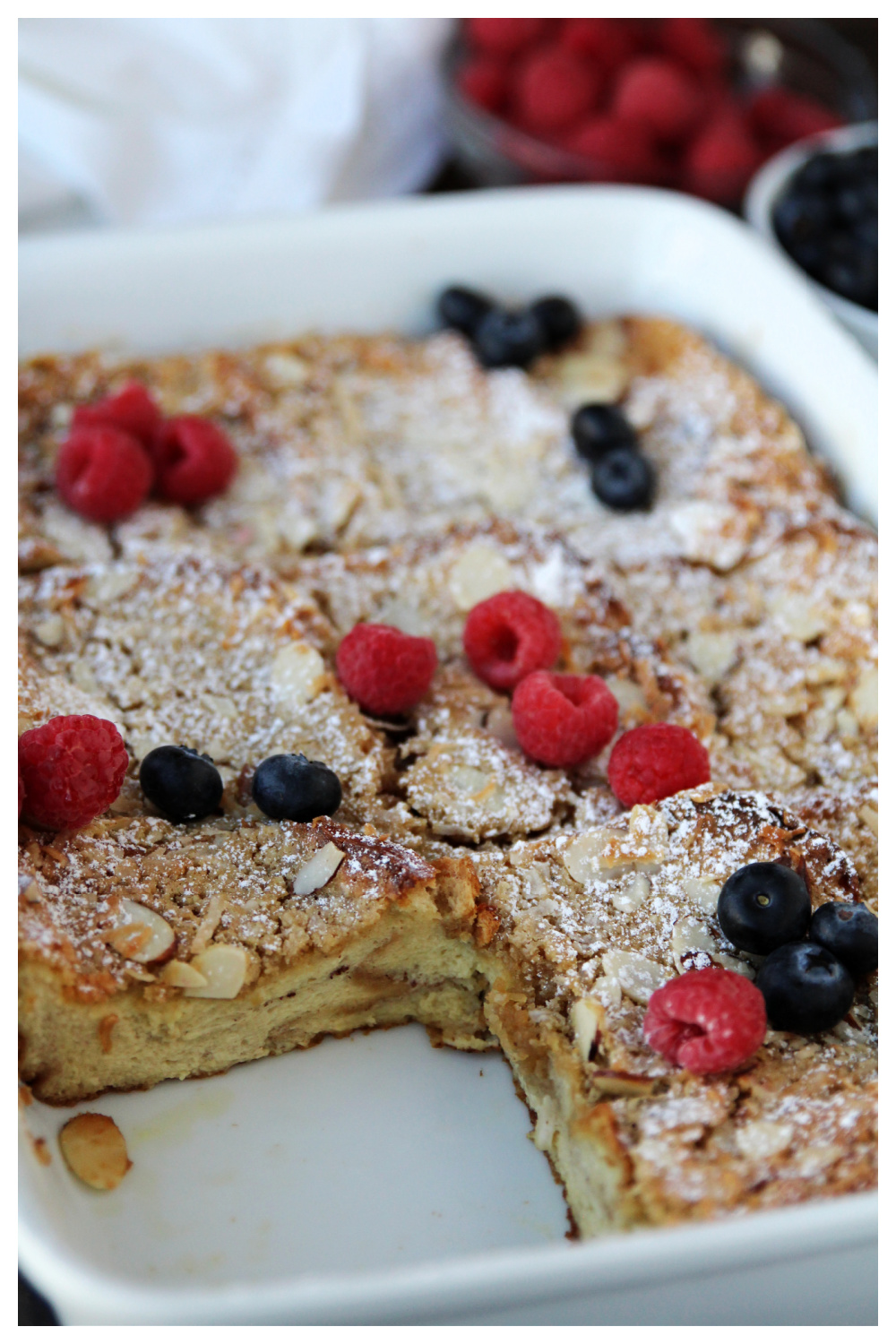