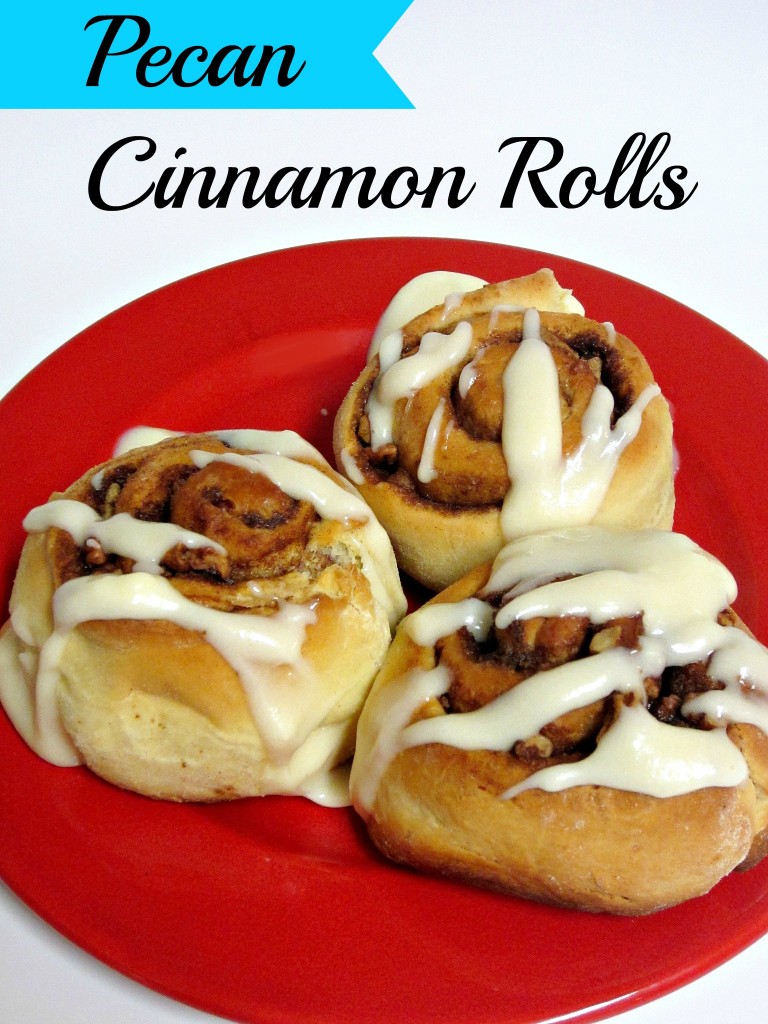 What’s better than a cinnamon roll? Pecan cinnamon rolls! And even though I usually don’t like nuts in my desserts I love them in these cinnamon rolls! It adds even more flavor to an already fabulous roll. I made this recipe using half of the dough from my Rapid Rolls. It was pretty great making one recipe base and getting two different but yummy products out of it. If you don’t want to make the rolls at the same time you can just half that recipe or if you’d rather not figure out the math you could just use the dough from my Cinnamon Roll recipe. 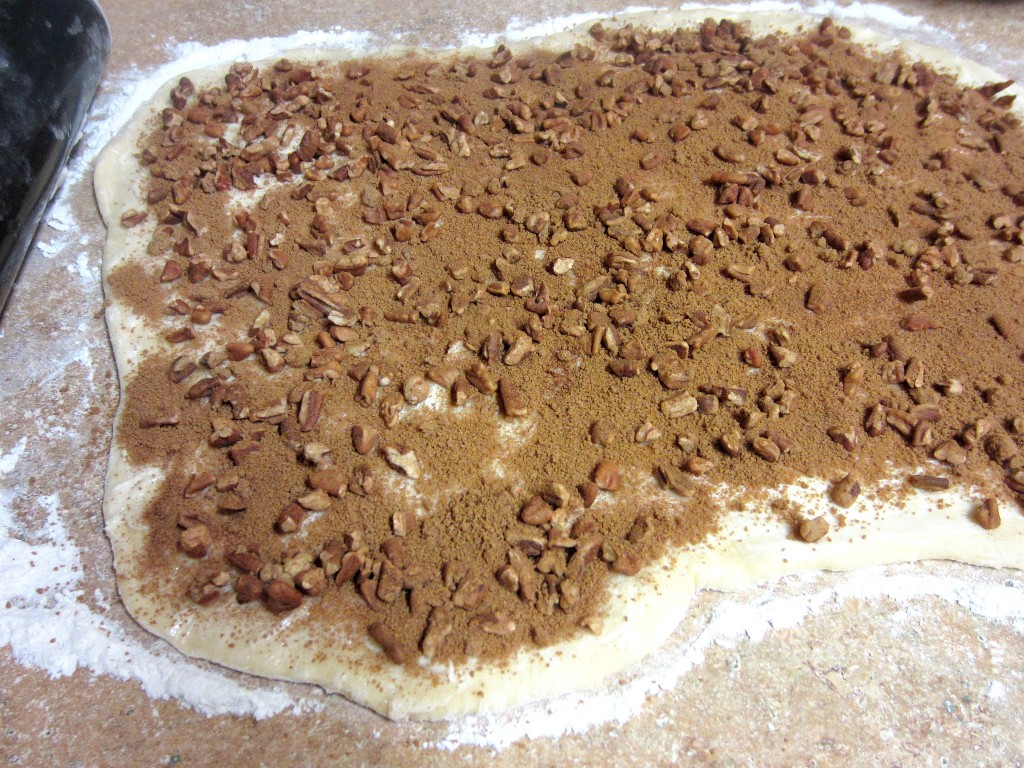 I love making any type of cinnamon rolls. It’s so pretty! I love layering on the cinnamon and sugar mixture along with the pecans. Then I love how it looks once you cut each roll and see the pretty cinnamon swirls. Once these are baked and cooled you top it with a delicious cream cheese glaze and if you really love pecans go ahead and add more on top!

These Pecan Cinnamon Rolls are so good! Enjoy!

After the dough comes together, on a well-floured surface, using a lightly floured rolling pin, roll out the dough to a 15 by 11-inch rectangle. In a mixing bowl add the pecans, brown sugar, and cinnamon.

Place on a greased baking sheet or a 9 x 13 pan and cover with a kitchen towel. Allow the rolls to rise in a warm environment for an additional 15 to 20 minutes.

Bake at 400 degrees F until the tops are golden brown, about 20-25 minutes. Remove from the oven and brush tops with melted butter and let cool. Drizzle with prepared cream cheese glaze.

To make Cream Cheese Glaze: In a mixing bowl, combine the powdered sugar, cream cheese, butter, milk and vanilla. (I used my stand mixer with the whisk attachment.)