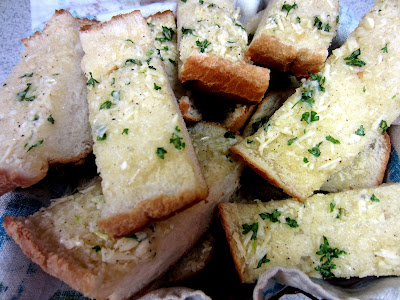 It’s no secret I am a garlic bread lover! You might think this is a little odd but sometimes when I was a freshman in college I would eat it for breakfast! haha My roommates thought a was a little weird but I got one of them to join in with me.

This garlic mixture is to-die-for!  It’s beyond easy to make and tastes far better than store-bought garlic bread. It would taste so good just spread across sandwich bread and toasted in the toaster oven (or oven.)

We eat Christmas Eve dinner every year with my in-laws. This past year they asked us to bring the garlic bread to go with the lasagna. I thought about making my own french bread and garlic mixture but just didn’t have the time for it. So I went to Walmart to just pick some ready-to-go garlic bread. Well don’t you know that Walmart is super crazy on Christmas Eve! I survived shopping there, just me and my 2 boys but they only had french bread. So I made my own mixture to go on top. I found the recipe from A Sweet Pea Chef and I just slightly changed it. 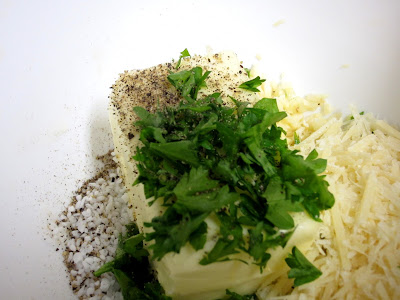 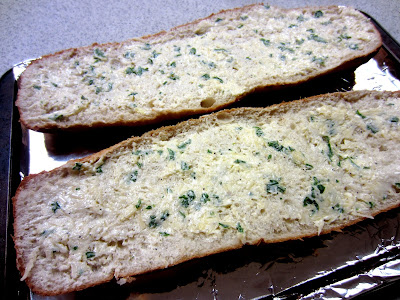 Spread it on top. There is just enough to spread evenly. Which is how I like it. I feel like the store bought garlic bread has way too much butter. 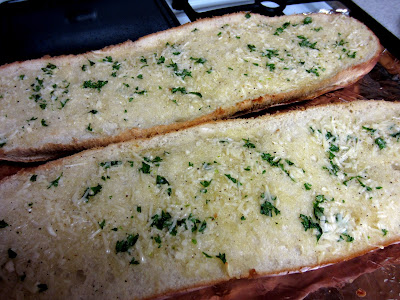 Broil it and it’s done!  This is SO much better than store bought! I will never buy garlic bread again.