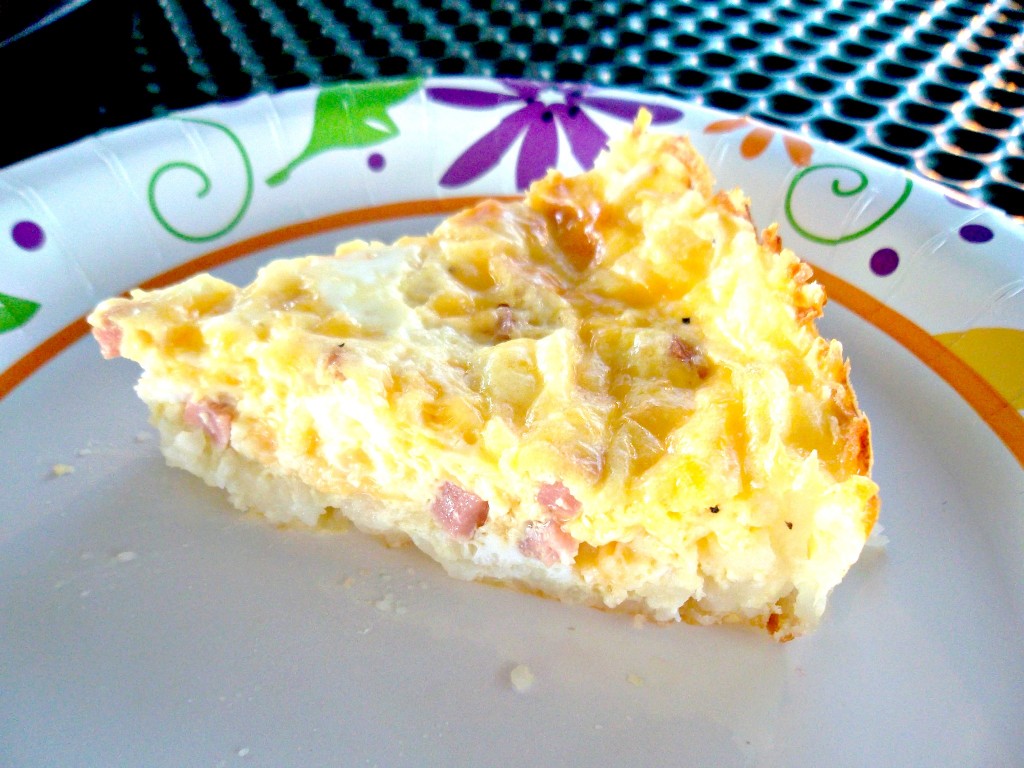 I am a big fan of quiche.  It is so yummy and it is my favorite breakfast food. But it can be a bit time consuming, especially since I make my own pie crust.  I came across this hash  brown quiche recipe from Paula Deen about a year ago.  I have made it many times since and we love it!  The crust is made from frozen shredded hash browns so it’s so quick to make a crust out of it.

The rest of the ingredients are among my favorite ingredients! Ham, cheese, eggs and milk. Yum!  A recipe for a successful and yummy breakfast.  We usually have this for dinner.

We decided to have a picnic at the park this week and I had already planned on making this so we brought it for our dinner.  It worked out perfectly since it keeps hot for plenty of time. I love how this quiche tastes.  It’s so simple and so good!


Recipe adapted from Paula Deen, Food Network
« How to Measure Sticky Ingredients
How to Freeze Peaches »